As we go through life, it is rare that we experience a legacy left behind by a 28-year-old who has touched the lives of many, served as a role model and overcame adversity. It is only fitting that the memory of such an inspirational young man lives on.

On April 7th, 2015, Stony Brook Children’s Hospital unveiled a room in memory of Mickey DeMartis. The family chose a room in the NICU in the beautifully refurbished original hospital with six separate pods for six babies and a parent to stay overnight. 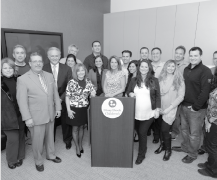 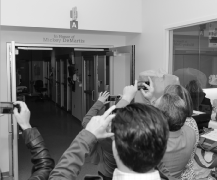 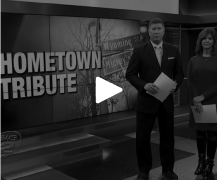 In addition, Wyoming Street, where Mickey grew up, was named “Mickey’s Way” on January 19th, 2015. The ceremony was highlighted in a Channel 12 segment.

The family would like to thank everyone who attended Mickey’s Memorial Event and donated to his honorary room in Stony Brook Children’s Hospital.

Learn more about Mickey and his life:

A Eulogy for Mickey

A Letter from Uncle Joe